How Female can join Pak Army after FSC Pre-medical 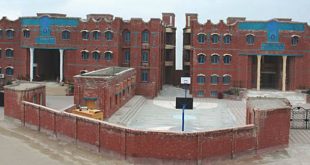 Every 3 out of 5 Females want to go in Armed Forces but they couldn’t get proper guidance for their admission and enrollment because of being a fresh candidate with no experience.

Girls can join  Pak Army, Navy and PAF after FSC pre-medical But here we will talk about getting admissions in Pak Army only. So the Girls can join the Pak Army by getting enrolled in Armed Forces Nursing Services(AFNS). Because Mostly Females are in Army Medical Services rather than being in actual battlegrounds.

How Female Can Join Pak Army:

Usually,  girls come to this course after medical so for getting admission to Armed Forces Nursing Services first you have to visit the official website of Pak army.

There you see 3 options. The first one is soldiers, second is PMA long courses and the 3rd one is AFNS. In AFNS You see the option about admission detail. When you click it You see the form where there will be different points to guide you and you found the first point named “Eligibility conditions”. you can find different points under this which are as follow:

There you see the first point “ Qualification/age,  where the qualification and age requirement is mentioned. There you need Matric in science with 60% marks or FSc premedical with 50% marks at least. And the age should be in between 17-25.

The registration for AFNS gets opened every year in JUNE and JULY. Usually, the Results of FSc or Matric don’t get out in June and July, So students may apply on the base of Hope Certificate. But once you get the result u have to submit it immediately  The submission of F.Sc (part 2) mark sheet will be done in GHQ or in the Army selection center where you applied for admission.

The second point is “Marital status”. The marital status for getting admission in AFNS should be single, widow, or divorced/separated.

The other requirement for the selection is that you should be a citizen of Pakistan or a Domicil holder of Azad Kashmir or Gilgit Baltistan. Because at the end of the selection the candidate with dual nationality will have to surrender his nationality other than Pakistan.

The next in AFNS selection is Physical standards in which the height and weight should be according to requirement.

And the weight should be according to Body Mass Index(BMI).

Note: On completing the training you will be given the rank of Lieutenant

Then comes the point of registration that how can a candidate registered herself. So the candidate has two option there, either she can apply through the internet for which she has to visit the website www.joinpakarmy.gov.pk, or she can go to the Army selection center herself for registration. And the registration can only be done if you see the advertisement for this course in newspapers. Either you registered through the internet  or through Selection center itself, you will get the test date and time and it will be unchangeable

Then comes the documents you need to have with you when you go for registration or for the test to AS&RC (Army Selection & Recruitment Center). They are as follow:

Note:(the old CNIC will not be acceptable)

This is how the whole procedure will end up with your admission.