Astola Island (Island of Seven Hills) The Best in Pakistan 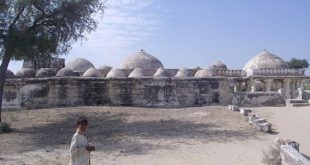 The Heritage Sites of Tharparkar in Pakistan

Astola Island, The hidden Gem of Pakistan: Pakistan is blessed with all the natural beauty in the world. It has mesmerizing and enthralling landmarks. Pakistan is the land of four seasons which is abundant with scenic sites.

The northern areas in Pakistan have always been the center of attraction for tourists, but few have seen the riveting and spellbinding spots of southern area. Astola Island is among the breathtaking and alluring spots in southern areas.

Astola Island, also known as Jezira Haft Talar Satadip or ‘Island of the Seven Hills’, is a small uninhabited Pakistani island in the Arabian Sea

The Astola Island has been designated as Pakistan’s first-ever Marine Protected Area.  The notification in this regard has been issued by the Government of Balochistan, today, June 15, 2017.

The Island is a part of Pasni, Gwadar in Makran. It’s 6.7 kilometres in length and has a width of 2.3 kilometres,

The sea is calm during the winter season, making it the perfect time to visit the island.it is surrounded by exquisite beauty with its crystal clear, turquoise water which is worth a view and is home to an astounding variety of marine life. It is seven to eight hours away from Karachi.

There is no any type of food facilities at this point. No water for drinking and no food. We can say no food point available at Astola Island.

Astola Island is a popular but “hard” destination for eco-tourism, although there are no lodging facilities on the island. Overnight tourists must camp on the island and bring their own provisions. Camping, fishing and scuba-diving expeditions are popular.

It is also a site for observing turtle breeding. There has been some damage to Astola’s ecology due to rats and domesticated cats left behind by fishermen. which have threatened bird nesting sites and turtle hatcheries.

Dolphins are under water. Water change colouring every time of that area Astola Island. There is no building or living place at Astola island.

Many caves near the Astola Island. Super kind of fishes also available in these caves. Fishermen go to under caves and catches the colorful fishes. Lobsters are also in the caves and under water of sea.

Many beautiful plants are around the island. No human population living there. But many fishermen go to Astola Island for catching fishes on a large boats or ship.

Astola island weather change as usual according to months. Monsoon weather start 15 April to 15 July at Astola Island. Climate change due to the phenomenon. It’s very difficult to go this island during the summer. But in winter its best time for enjoyment at Astola island trip especially December to February. 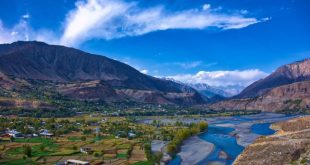 Chitral The Best Place To Visit with Your Family

Chitral The Best Place To Visit With Your Family: This place is present in the …